Skip to content
Home > Blog > Eye Health > Beware – your eyes may be revealing more than you want them to! 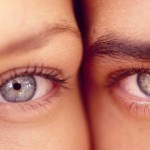 We have all been there – by chance you lock eyes with a stranger and instantly you are attracted to them. It’s an involuntary response which you may quickly try to suppress, especially if you are standing next to your partner! 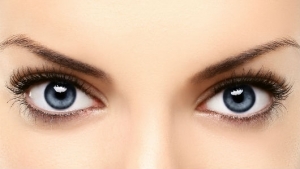 “But,” I hear you say “I am an expert at hiding my true feelings, especially when it comes to hiding whether I am attracted to someone”. At least that is what you may have thought up until you read this post, because experts have found that our eyes are revealing far more than we want them to and there’s nothing we can do about it!

Studies have shown that when you are attracted to someone your pupils instantly dilate as if you are in a dimly lit room and your eyes are trying to take in more light to see properly. You won’t have a clue that your eyes are doing this because it is an involuntary emotional response.

This also works in reverse because the more dilated a person’s pupils are the more we are attracted to them which triggers a similar response of pupil dilation in us.

The measuring of pupil dilation to measure emotional responses is a real thing and it is called Pupillometry.

So if you really want to keep your poker face, you may have to resign yourself to wearing dark glasses at all times, for the rest of your life. On the other hand, your life probably hasn’t been too badly affected by it up until this point and if you are in a relationship it’s probably already given you a helping hand in finding love!

To keep your eyes looking and feeling amazing, pop in for an eye health check with Dr Phil McGeorge at Perth Laser Vision. We can get you out of glasses and contacts and back into things that you love doing with confidence. Ask about laser eye surgery today!